***Think what you will about George Lucas, but in terms of Star Wars, it can all be traced back to him. That’s why I always find it so interesting to listen to him talk about it. His creative process, the reason certain decisions were made, and how these movies became pop cultural staples. This space is dedicated to just that. This is “George Lucas on Star Wars.”*** 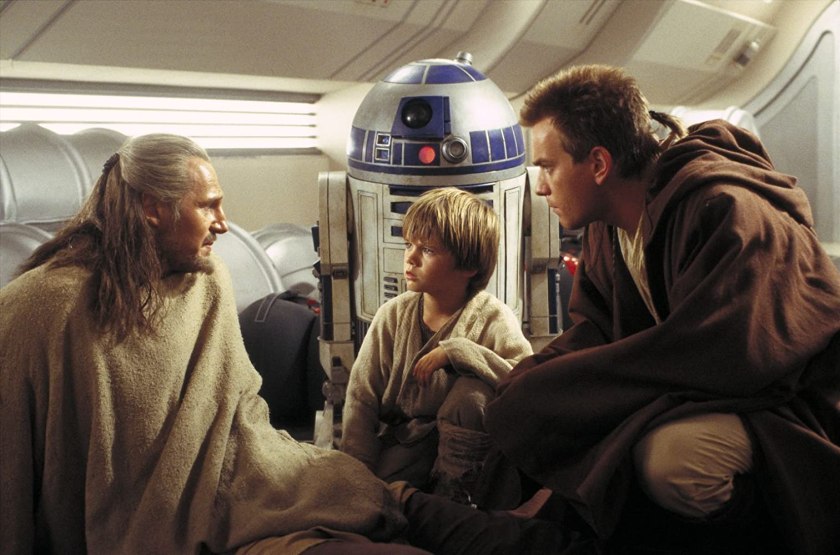 The Scene: Like the various groups throughout the Star Wars saga, the heroes of The Phantom Menace are a diverse lot. We have two Jedi, a young queen, a gungan fool, a liberated slave, among others.

George Lucas Says: “One of the difficulties in writing a script with lots and lots of characters is you have to be able to rationalize why everybody is along. If you have a film like Dirty Dozen, where you sort of establish they’re all going out on a mission together, and you gather them all up and they go, it’s pretty easy. But when you have a situation like this where there isn’t any mandate that they stay together, and they’re there for transitory reasons that are constantly having to be renewed as the plot progresses, it becomes much more difficult to be able to get all the characters in on the act and take them along…”

I Say: I can appreciate what he’s saying here, and I appreciate its value. But I’m only half joking when I say it still doesn’t explain why Qui-Gon brought eight-year-old Anakin into a war zone.