There’s a line in “The Alternative Factor” that I truly loathe.I actually surprised myself with how much I hated it.

It comes shortly after the crew meets Lazarus for the first time. No one’s quite sure what to think of this strange man whose beard is seemingly made of pubes. He’s ranting and raving about an enemy that can end all things. Given the lack of evidence to support his wild claims, Spock draws the “logical,” though ultimately false conclusion that he’s lying. Naturally, Lazarus takes exception.

Spock responds with, “I fail to comprehend your indignation, sir. I have simply made the logical deduction that you are a liar.”

Let’s unpack those two sentences, shall we?

I don’t claim to be a Star Trek expert. There’s a reason it says Trekkie-in-Training up there. But Spock is a Vulcan, right? By all accounts thus far, Vulcans do everything they can to live based on facts and logic. They attempt to purge themselves of all emotion. Certainly not the healthiest approach, but that’s what they do.

But this emotional purge is a matter of will, correct? It’s not like Spock is on space anti-depressants or anything. Plus, he’s unique in that he’s half-human. My point here is that Spock knows what emotions feel like. We even saw him get emotional at one point. He makes judgments about humans and their “Earth emotions.” But he’s not this cold, emotionless robot confused by the complexities of human behavior that he’ll never experience firsthand.

So I call BS on the notion that Spock is confused by Lazarus’ indignation at being called a liar. His culture may have trained him not to experience such feelings, but he understands what they are and why they occur. At the very least, he should understand that Earth culture deems lying to be morally wrong.

So now that we’ve established that this line sucks, how do we fix it? Can we doctor it to fit Spock’s character without slowing the momentum of the episode?

My problem isn’t that Spock accuses Lazarus of lying. It’s that he “fails to comprehend” why he’s upset. So why not change the line to eliminate that element, but still have Spock try to alleviate the tension? And how about we cut Spock flat out calling Lazarus a liar?” 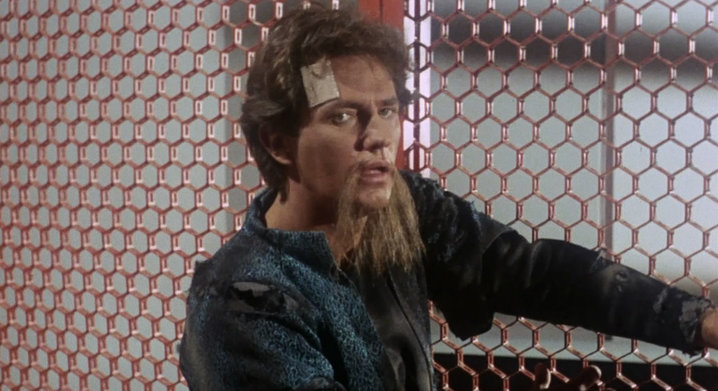 How about we change the line to, “There is no need to become agitated, sir. But logic indicates you are not speaking the truth.”

Apparently I’m not the only one dissatisfied with “The Alternative Factor.” Decades after its release, it’s been consistently named among the worst episodes of the original series, citing low drama and underdeveloped ideas.

I’m not sure I’d complain about drama, per se. The fate of the friggin’ universe is at stake after all. But I wasn’t a fan of how they developed the multiverse concept. The whole matter vs. anti-matter idea, and the notion that the two universes will cease to exist if two counterparts from different worlds meet, takes a lot of the punch out of the concept.

Instead of this new character we don’t know, and don’t necessarily care about, how about an alt-universe version of Kirk and/or Spock? Have them come on board the Enterprise in pursuit of the universe-hopping fugitive Lazarus. In the process, they meet their counterparts (using body doubles and basic over-the-shoulder camera angles). Then at the end leave us wondering what other alternate universes might be out there to explore…

3 thoughts on “Rob Watches Star Trek: Spock and the Liar”