There’s a beautifully hysterical moment in “Errand of Mercy” where the lead Klingon asks Kirk about the Federation Starfleet. Kirk, with the most sarcastically pleasant expression you’ve ever seen, simply says, “Go climb a tree.” (It’s at 29:14 on the Netflix version.)

You just know they wanted to write something like, “Go f#$k yourself.” It’s even got the same number of syllables. But somehow, William Shatner makes “Go climb a tree” work. You might call him a bad actor. But in that moment he was a goddamn genius in my book.

In this episode we meet the Klingons, whose presence in the Star Trek Universe has allowed them to transcend the show and gain a place in the collective pop cultural consciousness. Not bad, considering they started out as dudes covered in bronzer with vaguely racist facial hair. What’s more, based on wardrobe, it looks like they opted to invade a planet that looks a little bit like a Renaissance Fair on Ugg Boot Appreciation Day. But who am I to judge? 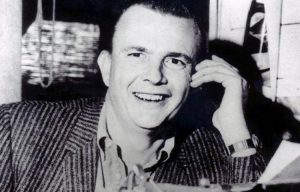 When I watched this episode, I noticed a name that’s continued to pop up over the course of “Rob Watches Star Trek”: Gene L. Coon, who has also been known by the pseudonym Lee Cronin. Thus far, we’ve seen him involved in the writing on episodes that brought us the Prime Directive, the famous episode about racism, Khan, the epic piece of camp glory that is the Gorn, and now the Klingons. These are all elements indelibly woven into the fabric of Star Trek. So while Gene Roddenberry may have created the show, Coon played a pivotal role in making it great. Much like an Irvin Kershner or Lawrence Kasdan did for the Star Wars universe.

As it turns out, Coon wasn’t just a writer on the show. He served as the showrunner for the first season and much of the second. He would ultimately leave the show over the direction of an episode called “Bread and Circuses,” which we’ll get to at the end of season two.

As for the Klingons themselves, they were conveniently created as a war-hungry authoritarian culture. One doesn’t need to jump through a lot of plot hoops to put them against Kirk and the Enterprise. I confess it’s somewhat unsettling to see them with, as Coon called them, “oriental” features, i.e. their facial hair. Supposedly they were a metaphor for the Japanese during World War II. Though I don’t think we can discount that the Vietnam War was happening at this time… 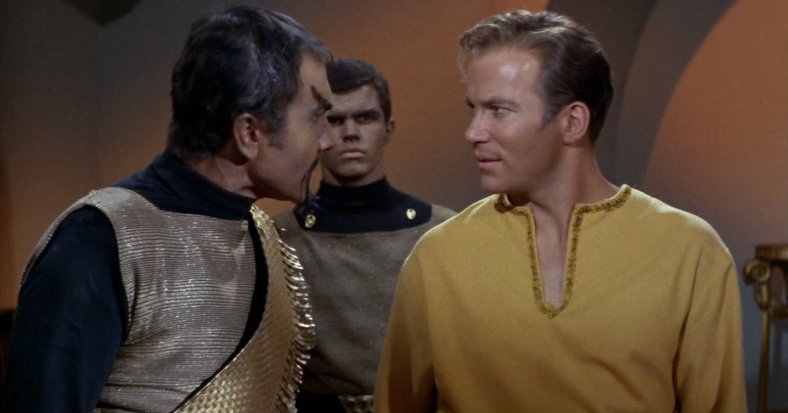 There’s a bit of deliciously twisted irony toward the end of this episode. Obviously “Errand of Mercy” is all about violence and war. We’ve got the peaceful Organians who are impossibly placid and neutral, caught in the middle of this war between the Federation and the Klingons.

Though they’re bound and determined to destroy one another, the two sides do end up coming together for a common cause: When the Organians use mysticism to prevent them from fighting, Kirk and the Klingon Governor Kor both insist they have the right to wage war on each other. Think about that. They’re standing up for their right to kill each other.

C’mon, Kirk. I’d have expected that from a Klingon. But you? Captain, I’m surprised at you. You’re better than that.