***What happens when I, a 30-something-year-old fanboy, decides to look at the Star Trek franchise for the first time with an open heart? You get “Rob Watches Star Trek.”*** 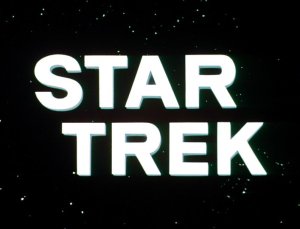 While it aired as the third episode of the series, “Where No Man Has Gone Before” is in fact the episode that got Star Trek green-lit by NBC. It was the second pilot filmed after the first one, “The Cage,” was rejected.

Remember, “The Cage” was deemed too intellectual, too slow, and without enough action. By those standards, it’s easy to see why this pilot got picked up and the other did not. This one’s got a handsome bad guy with ESP, and a big fight with Kirk at the end of the episode.

That’s not to say the episode is dumbed down, per se. My impression of Star Trek has always been that it not only puts the “science” in science fiction, but it’s here to ask us important questions. It’s among the apex of a “thinking man’s” TV shows. This episode shows us that even in the early going, that was the case.

After passing through a mysterious force field in space, various individuals on the Enterprise with a predisposition for ESP are effected. None more so than Helmsman Gary Mitchell, an old friend of Kirk’s. His eyes even begin to emit a strange glow (shown above).

Also along for the ride is Dr. Elizabeth Dehner, a psychiatrist there to study crew members’ reactions to emergency situations. But the more time she spends with Mitchell the more fascinated, and possibly enamored, she becomes with him. As Mitchell continues to develop powers, so does she.

But unlike Dehner, Mitchell’s personality changes drastically as he becomes more powerful. He even develops a hokey 1960s version of Emperor Palpatine’s Force-lightning powers. As he continues to wreak havoc on the ship, Kirk is faced with a dilemma. Kill his old friend, or maroon him on the nearby planet of Delta Vega. Kirk ultimately tries to do the latter. But a fight breaks out that forces a dramatic conclusion.

MEANWHILE, IN SEPTEMBER OF 1966: The U.S. Department of Defense announces 49,200 men will be drafted into the Vietnam War. This would go down as the highest draft call of the war, and the largest overall since the Korean War.

From a writing standpoint, one thing that impressed me was how, right off the bat, we established the dynamic between our two main characters, Kirk and Spock. Or perhaps it’s the difference between Spock and everyone else. They’re playing a game of…multi-level space chess? (Shown above.) Kirk tells Spock he plays an irritating game of chess. Spock pauses, then realizes he’s talking about “one of your Earth emotions.” This is our first of several indications in this episode that Spock lives logically, with as little emotion as possible. Of course, this would come to be a trademark of his alien species, the Vulcans.

Kirk then checkmates him, defying Spock’s logical approach, and after a beat or two asks, “Are you sure you don’t know what irritation is?”

I absolutely love that. And William Shatner delivers that last line perfectly.

In the heat of the Mitchell conflict, Spock’s logic would butt heads with Dehner’s emotion as she implores Kirk to show the helmsman compassion. I honestly couldn’t tell if Dehner had a thing for Mitchell or if she was just passionate about the argument.

They all should have known Mitchell was going to die. His name is Gary. Ain’t nobody in space named Gary…

At this point in the creative process Kirk and Spock were seemingly the only fully formed characters on the show. But two familiar faces do appear as background players: Scotty, played by James Doohan, and Sulu, played by the one and only George Takei. They don’t say much. But they’re there.

The uniforms still have a bit of that sweater look they had in “The Cage.” In “The Man Trap,” the first episode to actually air, they have the look most of us are familiar with.

“The Man Trap,” huh? This episode was pretty light on that token 1960s sexism. But something tells me we won’t be as lucky when we look at that one next week.