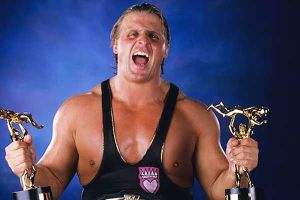 We wrestling fans are an opinionated and entitled bunch. We want what we want, and we want it now. We love wresting so much that it can be easy for us to get tunnel vision, and even lose perspective on what’s really important.

With that in mind, let’s talk about Owen Hart.

I fully understand that what I’m about to say will not be popular among wrestling fans. I accept that. But let it be known that when I started watching wrestling in the mid ’90s, Owen Hart was my favorite. His work, both in the ring and on the mic, captivated me. They still do after all these years. That’s why this issue strikes a chord with me.

Of course, it’s strikes a chord with many of us. If you’re my age, and have watched as long as I have, Owen was part of your childhood. We want to see him honored, as he very much deserves to be. But we’ve got to look at the whole picture… 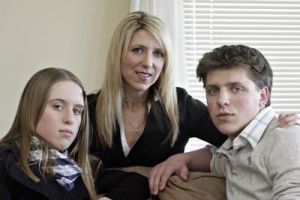 Martha Hart, Owen’s widow, made headlines today when she released a statement in response to an interview Bret Hart did with CBS. Among other things, Bret said: “I think [Martha has] done more to erase my brother Owen’s memory than she ever did to remember him. I think it really bothers me that the fans that loved Owen so much didn’t get a chance to remember him.”

As most of us know, Owen lost his life in a tragic accident at a WWE pay per view in May of 1999. In 2000, Martha’s subsequent wrongful death lawsuit would be settled out of court for $18 million. Since then she’s been steadfast in her refusal to be associated with WWE, in spite of Bret and the rest of the Hart family all eventually coming back into the fold. Specifically, Martha refuses to let WWE license Owen’s likeness for merchandising, and will not allow him to be put into the WWE Hall of Fame.

Martha said Bret’s comments were “reckless, irresponsible and clearly untrue.” She added, “Owen was an incredible entertainer and I know that his many fans around the world enjoyed his wrestling career immensely. I encourage them to continue to do so. But I am firm in my belief that the WWE was responsible for Owen’s death. As a result, I cannot and will not support any efforts by the WWE to profit from Owen’s memory.”

She highlighted the work she and her children have done with the Owen Hart Foundation, which she called “he most fitting public tribute to a man of profound integrity; a wonderful human being who just happened to wrestle.” 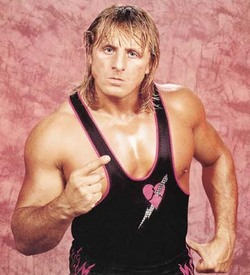 We all know Owen died as a result of a stunt gone wrong. He was to have repelled into the ring from the ceiling, and ended up falling to his death.

Owen died over a stunt that was silly and unnecessary. It’s not like someone botched a wrestling move. In the grand scheme of things, what would that move have added to the show? We’d have forgotten about it by the next match. I’m not here to judge whether WWE was at fault for the accident or not. We’ll probably never know the truth. But obviously WWE was somewhat culpable in Owen’s death.

No one was more effected by what happened that night than Owen’s wife and two young children. So if they believe WWE was responsible for Owen’s death, and don’t want him under their umbrella, I can respect that.

Yes, we loved Owen. But that doesn’t mean his family owes us anything. If anything, we owe Martha for sharing her husband with us for so many years. Yes, Owen made a lot of money wrestling for WWE. But not everything in this world is about money…

Furthermore, this question of whether or not Owen is being remembered enough, or being remember the right way, is silly. Especially when it comes to the WWE Hall of Fame. I understand what it means in terms of honoring one’s contributions to the wrestling business. But let’s not make it something that it’s not. When they announced Hilbilly Jim was going in this year, did we all go, “Ohhhhh, I’d forgotten to remember him! Thank God he’ll be on that TV show now, so I’ll always remember to remember him!”

Please. The WWE Hall of Fame is a website. It preserves Owen’s memory no better than something like Twitter or YouTube. We can also virtually see Owen’s entire wrestling career on the WWE Network, where fans old and new can see him. For me, as an Owen Hart fan, that’s enough. Would I take more? Sure. But not if the people Owen loved don’t feel right about it.

And to that point, while I’m a Bret Hart fan, I wonder how Owen would feel about his brother bashing his wife in public? Over him, no less.

Owen has a special place in my heart. In all of our hearts. So the notion that he could be forgotten, with or without WWE, doesn’t worry me in the slightest.