We’re going halfsies for this one. We’ve got two releases from this week, as well as two X-Men back issues. I’ve been diving further into Jonathan Hickman’s Dawn of X stuff. I must say, even if some of it has that typical X-Men level of convolutedness to it, I’m enjoying revisiting these characters and their world. And this is the first Hickman project I’ve really been able to immerse myself in. So it works two-fold. 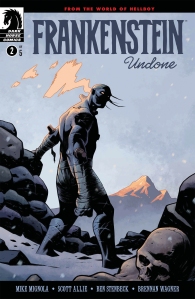 I’m hardly offended by Frankenstein Undone #2. But I can’t say I’m incredibly enthralled either. Hopefully readers who speak Hellboy will be a little more invested.

Still, the art is on point. I really like the look of Undone‘s Frankenstein. He’s got a lot more bolts and has a more deformed and monstrous look to him, as opposed to the conventional Universal movie-inspired look the monster tends to have. It definitely lends itself to more interesting action sequences, as we see here when Frank fights off a big snow wolf. 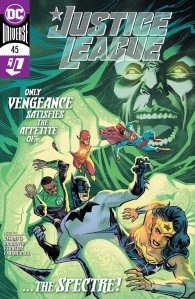 I can’t say I know this for a fact, but so far this story feels like it was meant for a DC Giant. As we’ve discussed previously, those sold at retailers and meant for average joes. Thus, everything is drawn very simply and spoken plainly. I’m sure a few lines were inserted to indicate John Stewart is the leader. We’ve even got some paint-by-numbers mind-control fights between League members. Batman vs. Superman, Wonder Woman vs. Aquaman, etc.

That being said, none of this is meant as a dig. The issue, and thus far the story overall, is enjoyable for what it is. 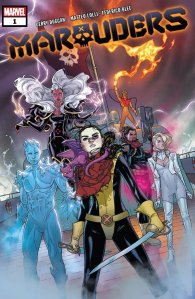 Other potential titles for Marauders: Put the Kitty Outside and What If the X-Men Were Superhero Pirates, and Places to Buy Booze for Wolverine.

No, it’s true. Kitty Pryde buys Wolverine a bunch booze in this issue.

I jest, but I really like this book a lot. It reminds me of the most recent volume of X-Men: Gold, which Kitty also happened to be the lead in. It’s got an easy concept with familiar characters. Gerry Duggan also gives us some fun character moments and dialogue. I had no idea about Marauders until recently. But I’m sticking with it going forward. 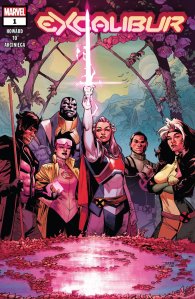 I’ve loved Marcus To’s work on Red Robin and Nightwing. So I was very excited to see his name here. He delivers accordingly.

But despite To’s presence, this book didn’t do much for me. Blasphemous as it may be to say, I tend to zone out when Marvel or DC go into Arthurian lore. And of course, that’s the centerpiece of Excalibur. A mysterious plant shows up in Avalon, and Morgain La Fey traces it back to Krakoa.

Apocalypse being on the team is intriguing. But it’s not enough to keep me hooked. Not now, at least.

(Special thanks to Super Fan Productions for an advance review copy of Frankenstein Undone #2.) 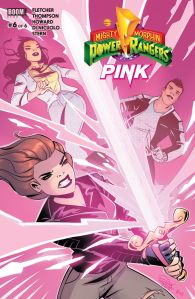 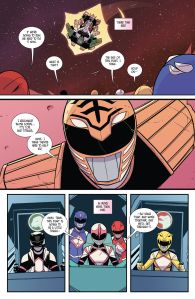 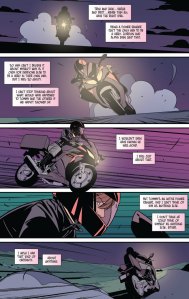