Like last week, I’m playing a little bit of catch-up. We’ve got two regulars, as well as the start of a miniseries I simply couldn’t resist… 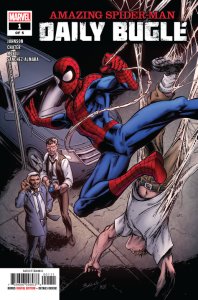 I love it when journalism and comics cross paths. That’s one of the reasons I’m so into the Lois Lane mini that’s out right now. But this, dare I say, promises to be brighter and flashier.

We’ve got hardened newspaper reporter Ben Urich teaming up with Robbie Robertson’s niece Chloe, a social media star. So we’ve got a nice old school meets new school thing going on. Peter Parker is also back at the Bugle as a photographer. So we’ll see no shortage of Spidey in these pages.

This could be a lot of fun. 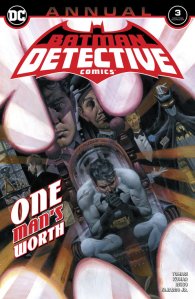 The stories we get here are okay. But what really stood out to me was a new character: Marigold Sinclair, a former colleague of Alfred’s from his secret agent days. By no means do I want her to be Bruce Wayne’s butler. But she apparently picked up some of Alfred’s irreverent wit along the way. I’d love to see her return at some point.

Really dig this cover, too. A fine piece by the great Steve Rude. 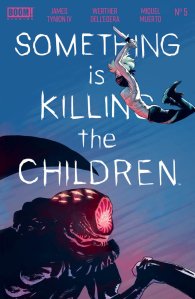 It’s rare that a comic makes me uncomfortable to the point that I’m almost queasy. But Dell’Edera and Muerto pulled it off in this issue. We go into our monster’s dwelling, and there’s  one particular shot of its victims. *shudders*

This issue felt like the end of the first story arc, albeit one with a couple heavy cliffhangers. Now that we’ve established our main characters and our monsters, the story seems to be set to expand. No complaints on my end.