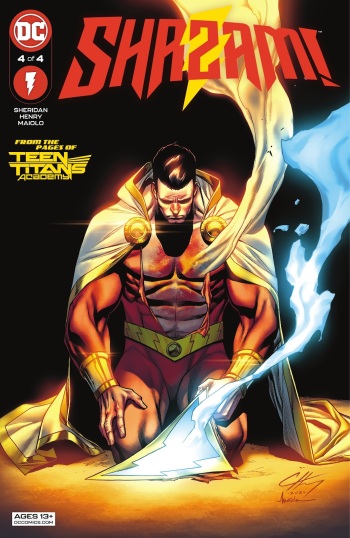 Considering this is a finale, there’s an awful lot of talking and exposition up front. But that can be forgiven if you plan on sticking around for what this mini is setting up over in Teen Titans Academy. On its own, however, these four issues only stand up so-so.

Clayton Henry’s work is consistently a joy. He’s got what I consider to be an animated and cartoony style. But at the same time, he knows his way around an imposing monster. He’s a tremendous fit for superhero comics in general.