Hindsight being 20/20 (50 years of it, no less), this should have been the episode to introduce the concept of alternate realities into the Star Trek universe. It has a hell of a lot more fun with it than “The Alternative Factor” did.

In that review, I’d pitched having Kirk and the crew meet alternate universe versions of themselves using body doubles and basic over-the-shoulder camera work. As it turned out, they simply had Kirk, Bones, Uhura, and Scotty switch places with their alt-universe counterparts. They didn’t even need to bother with  body doubles.

What I came away from this episode thinking about, outside of Spock’s beard of course, was Uhura. And not just because of her Mirror Universe uniform. That thing can’t be regulation, can it? Then again, it’s not like that leggy uniform she wears in the proper timeline is much better… 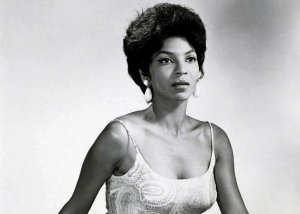 I’ve continuously been surprised at how physical Nichelle Nichols has been as Uhura. Whether she’s getting smacked across the face in “Space Seed,” or getting mixed up in the climactic fight in this episode, it’s jarring to see her physically combative with the male characters. Mind you, that’s coming from a 2020 perspective. I can’t imagine how it looked in 1968.

Still, she was a black woman standing her ground against a cast of white male characters. That counts for something. Let that serve as yet another example of the historical significance of the Uhura role. A role that, by her own admission, Nichelle Nichols wanted to leave during the show’s first year.

According to various interviews, Nichols originally had her heart set on broadway. Star Trek was simply meant to pad her resume. Thus, after the first season, Nichols told Star Trek  creator and producer Gene Roddenberry she wanted to leave the show.

Two nights later at an NAACP fundraiser, Nichols was introduced to someone identified to her as a big fan of the show: Martin Luther King Jr.

In a 2010 interview, Nicholls recalled that after mentioning her impending departure from Star Trek to King, he said, “Star Trek was the only show that he and his wife Coretta would allow their three little children to stay up and watch, because while they were marching, every night you could see people who looked like me being hosed down with a fire hose and dogs jumping on them because they wanted to eat in a restaurant. The civil rights marches were going on, and here I was playing an astronaut in the 23rd century.”

King added, “‘You’re part of history, and this is your responsibility, even though it might not be your career choice.’” 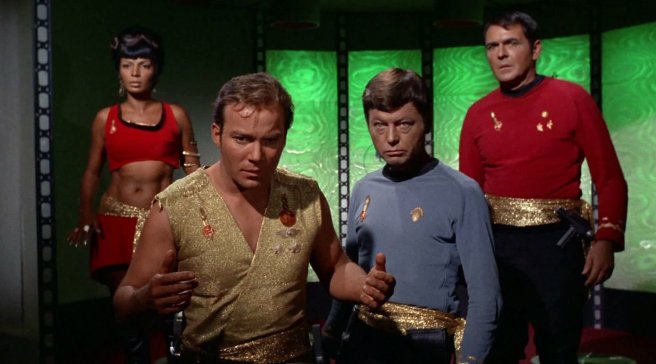 Nichols recalled when she told Roddenberry what King had said, he had tears in his eyes.

“I told him if he still wanted me, I would stay,” Nicholls said. “He took out my resignation, and it was all torn up where I had given it to him. And he put it in the drawer. I stayed, and I’ve never looked back. I’m glad I did.”

People have a tendency to overlook the great power characters and storytelling have in any medium. They shouldn’t. Stories can unite us in ways that few other things can. Now, more than ever, we need to remember that.