As far as toy photography is concerned, those Teenage Mutant Ninja Turtles: The Movie figures from NECA are like the gift that keeps on giving. 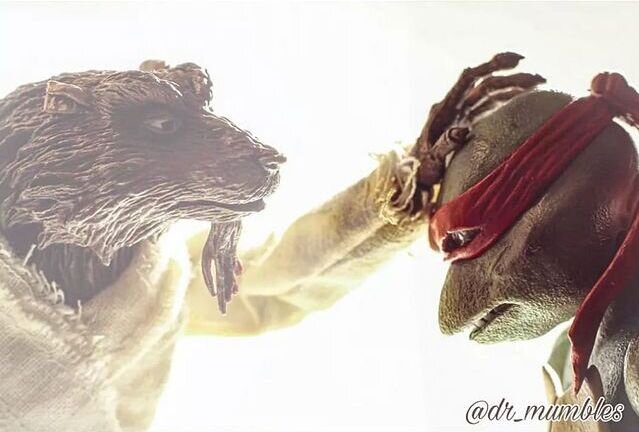 This image from @dr_mumbles recreates a moment from the film where Splinter is comforting Raphael, telling him, “I am here, my son.” It’s a fine shot in that regard. But what I really dig is how Splinter is lit. He’s cast in white light, which suggests he might be dead. I like that idea of Splinter watching over his son from beyond the realm of the living.

Granted, it also helps that Splinter is dead in the IDW comic books right now. I say “right now” because we know he’ll be back…