A few days ago we lost the great Darwyn Cooke. Make no mistake about it, folks: He was great. Don’t take my word for it. Just take a look at his work. Type his name into Google Image, and you’ll see art from Batman: Ego, Catwoman, The Spirit, Parker, some of his recent DC variant covers, Before Watchmen: Minutemen, and more. Seemingly everything this man drew looked iconic, timeless, and at certain points idyllic. He could do heartbreak and drama as well as anybody, but his characters also weren’t afraid to smile.

In the eyes of many (myself included), Cooke’s magnum opus was DC: The New Frontier, one of the projects he both wrote and drew. Set in the ’50s and ’60s, The New Frontier shows us a world driven to paranoia by the Cold War. The superheroes of the Golden Age have been driven into retirement. But a new generation rises to take the world into a new era, and combat a deadly extraterrestrial foe. In the process, we see the rise of Hal Jordan as Green Lantern, the formation of the Justice League, Martian Manhunter learning about this strange new society, and much more. It’s a love letter to the era Cooke grew up in, and his passion is very much on display. The story was eventually made into an animated movie, and I’ve always remembered a moment from an interview Cooke gives for the DVD.  At one point he gets choked up when talking about that period in history, obviously waxing nostalgic for his childhood.

It’s a crime that we lost one of the true greats in the industry to cancer. But what an incredible legacy Darwyn Cooke leaves behind. He was a true giant whose work will undoubtedly stand the test of time. 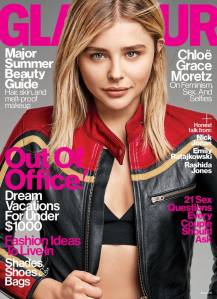 Like a lot of fans, I did a double take when I saw Chloe Grace Moritz wearing a very Captain Marvel-ish jacket on the cover of Glamour. Granted, I’m sure it doesn’t mean anything. At least not yet. She might be a little young, but she’s hardly the worst pick in the world to play Carol Danvers. I’ll say this much: She looks good in the Captain Marvel colors.

On the subject of Moretz, as I type this we’re a few days away from the release of Neighbors 2: Sorority Rising. Moretz plays one of the sorority girls that moves in next to Seth Rogen and Rose Byrne. I’m not a huge Seth Rogen fan, but Neighbors was his best movie in quite some time. The sequel, however, feels like a contrived excuse to remake it. My token bad sequel example is always Home Alone 2: Lost in New York. This seems like it’s cut from that same cloth.

Still, it’s getting decent reviews. So maybe they can pull it off…

The reviews for X-Men: Apocalypse don’t look as great as one would hope. But it may not matter much, as apparently there are already plans for another X-Men film set in the ’90s. Director Bryan Singer says they may do something with an outer space element. Meh.

Now that the crew from First Class (Jennifer Lawrence, Michael Fassbender, etc) are likely done, and Hugh Jackman is probably done after the third Wolverine flick, this seems like a good opportunity to give the X-Men franchise a new jumping on point. We’ve done some cool world-building in the last few years. But I’m itching to get back to a core team of X-Men. Wolverine, Cyclops, Storm, Jean Grey, Beast, etc. If you have to recast everybody, then just rip the bandaid off and do it. 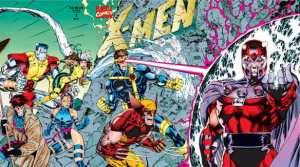 Bleeding Cool ran a story yesterday on which X-Men comic book stories could inspire the next movie. With the space idea in mind, they pitched The Dark Phoenix Saga (they noted it might have a stench on it from X-Men: The Last Stand) and The Brood Saga. Personally, I’m in favor of a more back to basics approach. If the movie has to be inspired by a particular story, my pick is Mutant Genesis, the first story in the Chris Claremont/Jim Lee run from the ’90s. Magneto creates an asylum for mutants on an asteroid called Asteroid M, which naturally creates problems. That keeps it nice and simple, doesn’t it? The X-Men vs. Magneto. And they can keep the X-Men fairly tight knight. Xavier, the five heroes I mentioned above, and maybe Rogue? Or Gambit? Maybe Colossus? Either way that leaves us with seven X-Men total. That’s the same number of Avengers we had when that franchise started. And that satisfies this alleged desire to take the franchise into space.

I give Fox a lot of credit for not giving the franchise a hard reboot. But that doesn’t mean we can’t make it a little more accessible.