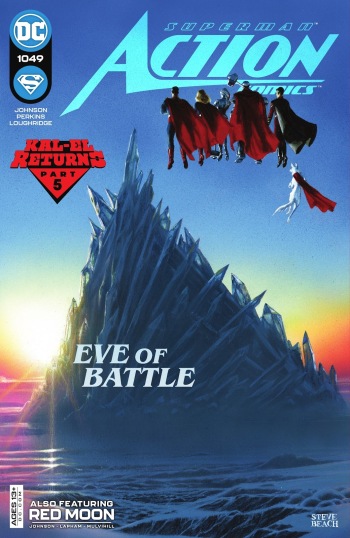 You know who I’m starting to develop an affection for? Bibbo Bibbowski, Superman’s dopey civilian buddy. He’s had a small role these past issues, and he’s kinda grown on me. He’s not consistently around in the comics, so I hope he’s here for awhile.

We have a cover that doesn’t reflect anything that happens in the issue. It’s another gorgeous one by Steve Beach. Just not really relevant.

David Lapham and Trish Mulvihill once again steal the show in the Supergirl back-up.