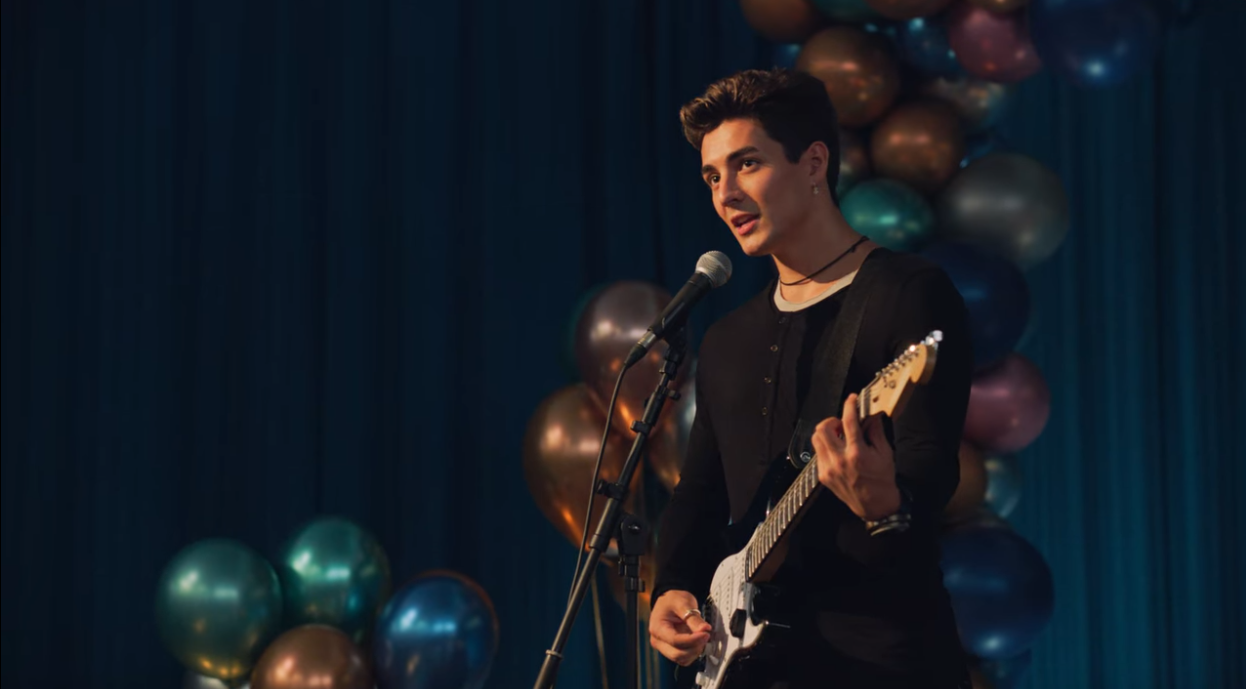 I remain appreciative of the fact that this show has recurring characters. I would have been easy for them to create some generic antagonist musician to steal Javi’s song. But instead they brought back a character they used before. Power Rangers hasn’t always done that kind of thing. Almost two decades ago, I was pleasantly surprised when Conner took “plant girl” to prom in the season finale of Dino Thunder.

Solon says it’s “odd” that a new villain is attacking at the stadium. Uh…what’s odd about it? That they’re attacking the stadium? It can’t be the whole new villain thing. This is a city on Power Rangers, where new villains attack on a weekly basis. I don’t get it.

Void Queen forcibly turns Tarrick into Void King (shown below). So we’ve got a Void King and Queen, and we’ve had a Void Knight. Does that mean there’s a Void Pawn somewhere? Maybe a Void Jester? Or do Slyther and Mucus fill those roles? 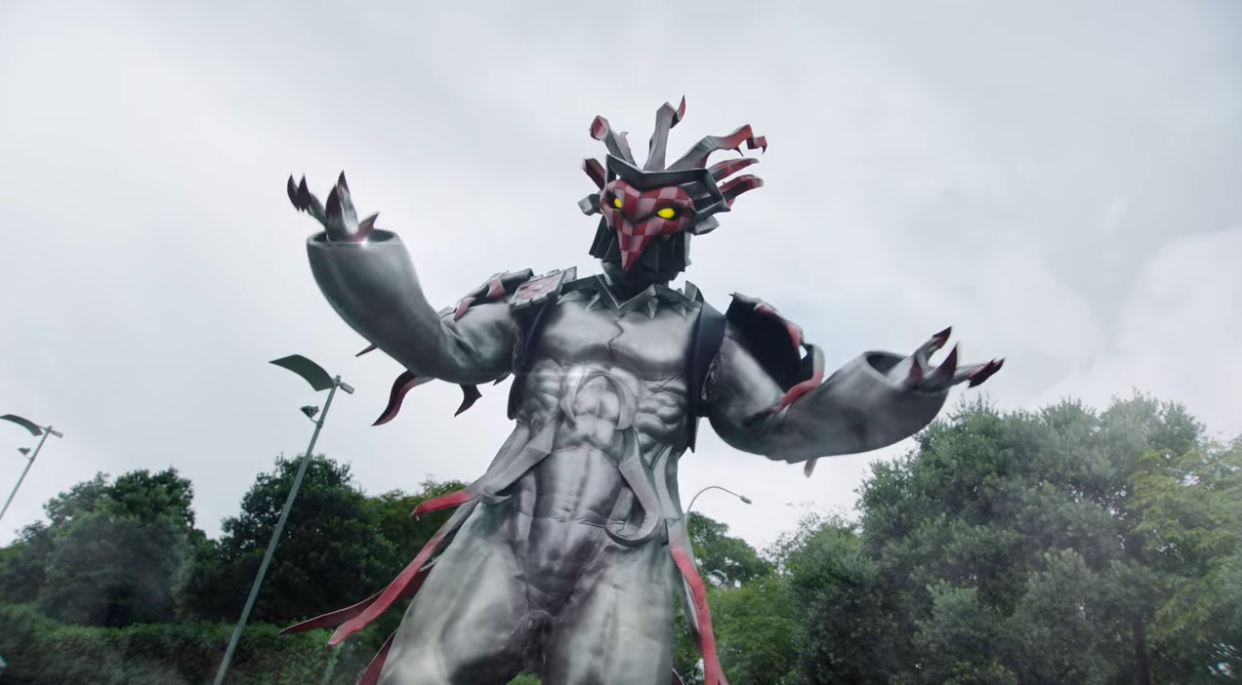 The little musical number Mucus did with the Hengemen at the end of the episode was fun. Short, but fun.

While we’re on the subject of Javi playing music, apparently his actor Chance Perez used to be in a boy band called In Real Life. He was on an NBC show called Boy Band, and as one of the finalists, he got a spot in the group. Does that make him the first boy band member to become a Power Ranger? It must. It takes all kinds, I suppose.

One thought on “Power Rangers Dino Fury, “The Copycat” Review”