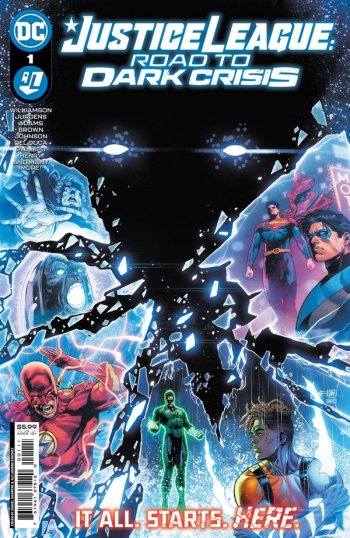 Not the most thrilling collection of short stories I’ve ever read. I still don’t have a strong sense of what exactly Dark Crisis is about, outside of the fact that the Justice League is “dead.” Is that it? Is that our premise?

The best thing in here is probably the opener by Joshua Williamson and Dan Jurgens. It’s a story about Jon Kent and Dick Grayson coming to grips with a world without a Justice League. But oddly enough, what stuck out the most to me was the awkward way Jurgens drew Nightwing’s hair…