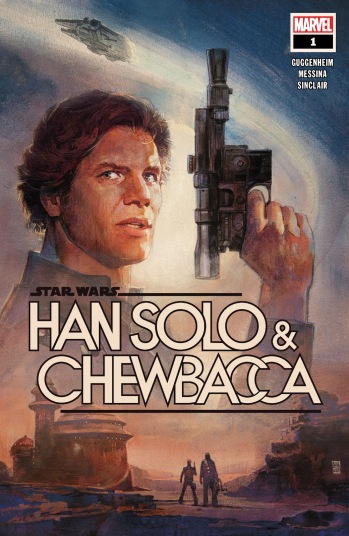 Naturally, there’s a lot of potential in a series about Han and Chewie. This first issue didn’t quite live up to that potential, though. It’s perfectly missable.

Though I will say, there’s an intriguing cliffhanger for next issue. So perhaps it’s just a slow starter…

The best part of the presentation by far is the cover by Alex Maleev. It reminds me of some of the covers you used to see for Star Wars novels in the ’90s.