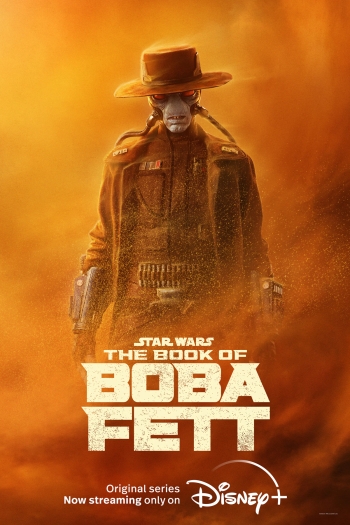 We open the episode with a surprise appearance from Cobb Vanth. Having Cobb Vanth in the show makes a little more sense than having Mando here. And it’s good to see Timothy Olyphant back. I like the character, and he comes off pretty bad ass here. But I won’t lie, I did roll my eyes a little bit when he showed up. First Mando, now this.

And in terms of holdovers from The Mandalorian, we weren’t done by a long shot.

Not only do we not know how Mando knows where Grogu is, we don’t even know anything about this planet. We saw it in flashbacks in The Last Jedi. But I think this is the only other time we’ve seen it. Certainly that’s the case in the movies and television. Maybe in the comic books somewhere…

Well, there he is. There’s Luke Skywalker. Inevitably, this CGI Mark Hamill sparked a big debate amongst viewers as to how right or wrong it was to do, whether actors are about to be replaced by lifeless CGI algorithms, how good the effect actually looked, etc.

I can’t say I have answers to any of those questions, accept to say it looked about as real as any other visual effect Star Wars has ever done. Especially since this time they had the character doing more. Running, using a lightsaber without the hood, and just generally having more screen time. As for how appropriate it is, one thing that eases my conscience a little bit is that Mark Hamill himself is involved here. It’s not like what they did with Grand Moff Tarkin in Rogue One, where they’re resurrecting a human being who’s long dead. It’s a little less creepy that way.

Incidentally, it’s only a matter of time until we get CGI Han Solo. I mean, is that even debatable at this point?

In an episode filled with surprises, seeing Rosario Dawson return as Ahsoka Tano was, for me at least, the biggest one. As Ahsoka was obviously Anakin Skywalker’s student, having her meet his son opens up a lot of intriguing storytelling doors. I’m hopeful we’ll expand on Luke and Ahsoka’s relationship, whatever it may be, once we get to her show.

It’s worth noting that Boba Fett does, in fact, appear in this episode of The Book of Boba Fett. Fennec Shand does most of the talking in the scene, so he’s almost a background player. But at least he’s there. That’s more than we could say about the last episode.

I must admit: I haven’t seen as much of The Clone Wars, Rebels, and The Bad Batch as others have. But I still knew the blue stranger emerging from the desert at the end of the episode was Cad Bane. He looks damn good, and has a nice foreboding vibe about him.

I have to say, I’m a little disappointed in Luke. He’s still going with this “attachment is forbidden” rule of the Jedi code, when that’s part of what led to Anakin’s fall, and the subsequent destruction of the Jedi Order. Luke has a chance at a fresh start. To create his own vision of the Jedi Order. Instead, he’s just going back to what they did before. 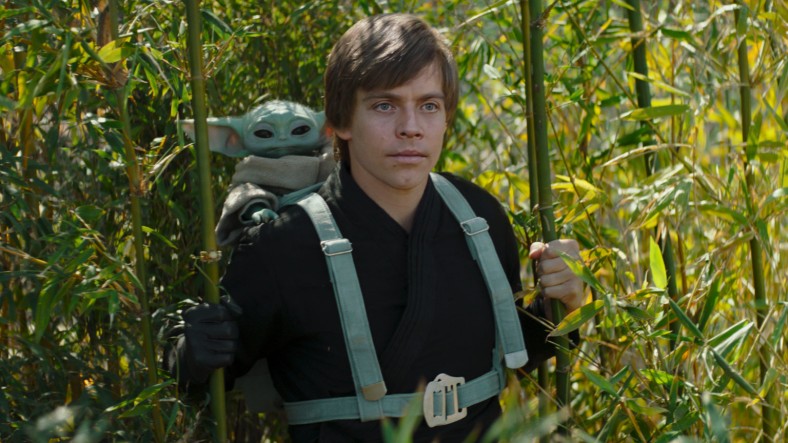 What’s more, Luke has attachments, doesn’t he? He has his sister. He has friends. Hell, the love between Luke and his father is the key to the whole Darth Vader redemption story. This could be an interesting opportunity to expand on what a Jedi is and can be. They could illustrate how attachments and connections can actually make us stronger beings, and thus stronger Jedi. I hope some of that is addressed as time goes on.

One thought on “Rob Watches Boba Fett – A Star-Studded Affair”