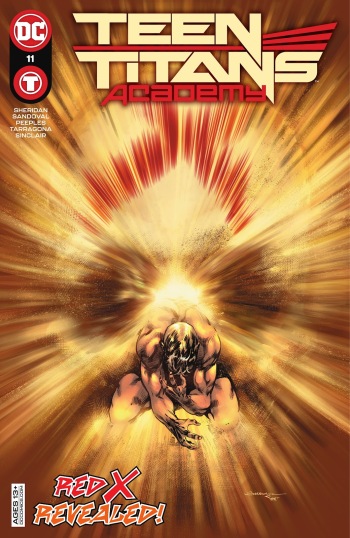 I didn’t like this one. First off, the cover seems to indicate that we’ll finally get Red X’s identity. That doesn’t happen.

Secondly, Shazam gives the teachers a heartfelt goodbye in this issue, which doesn’t land because we haven’t explored Billy Batson’s relationship with the Titans to any great length. That’s a bizarre misstep, considering we had a four-issue Shazam! miniseries that directly tied into Teen Titans Academy.