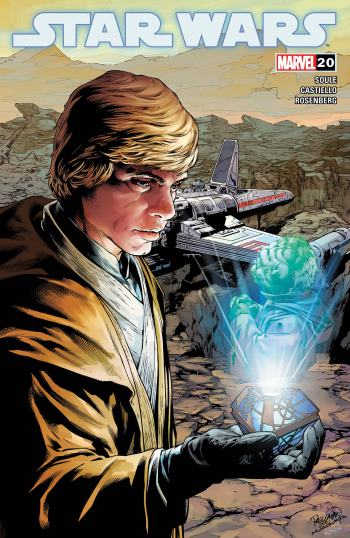 Using comic book magic, this issue puts Luke together with a High Republic era character. The results didn’t blow me away. But it was kinda cool, I guess.

Given that Marvel publishes Star Wars: The High Republic, part of me was surprised they didn’t put Luke and the character in question on the cover. But of course, they rarely pass up a chance to put Yoda on a cover, do they? I can’t even say I blame them for that.