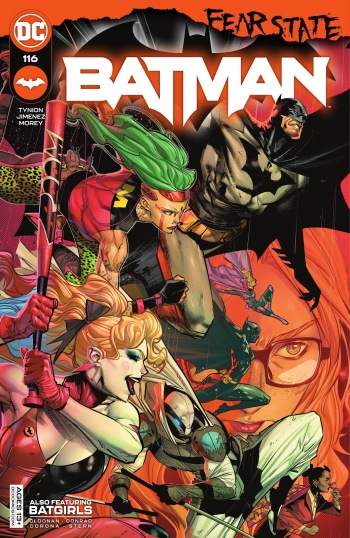 As was the case last issue, the Batgirls back-up is the highlight here. They might really have something when the ongoing series starts next month.

This extended “Fear State” story Tynion is working on hasn’t become as unwelcome as “City of Bane” became. But if it went on much longer, it would be. Thankfully, next issue is the conclusion. “City of Bane” largely soured me on Tom King’s Batman run as a whole. I’m glad to say that’s not the case with Tynion.