*** You know what I am? A multi-tasker. That’s why, as Power Rangers Dino Fury is in full swing, I’ll also be looking back at Power Rangers Beast Morphers. Why? Because I can!!!*** 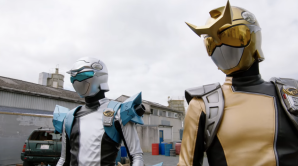 Nate says “phenomenal” twice in this episode. I know it’s the old school fan in me, but that seems like an obvious missed opportunity to have him say “Morphenominal.”

The CGI used for Evox is hardly state of the art. But it was pretty cool to see him slither through the cybergate.

Hold on a minute…Nate is able to teleport a weapon in from Grid Battleforce using his wrist communicator. But it was supposed to have been damaged when he was captured! What gives?

I can’t say I’m a big fan of this Gold Ranger costume and its dark mustard coloring. But I’ll say this much: It looks suitably insect-like. 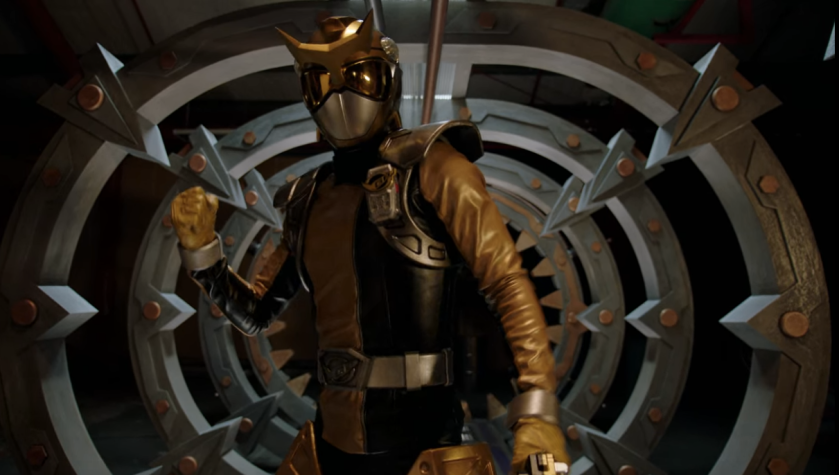 The robotic body Nate created comes online and morphs into Steel, the Silver Ranger. The best thing I can say about Steel at this early juncture is that I appreciate the voice performance by Jamie Linehan. Delightfully corny.

Steel’s genetic make-up is comprised of scarab beetle DNA (another bug…), along with Nate’s DNA. And so, all the talk we’ve heard this season about Nate wanting a brother gets paid off early. Nicely done.

Devon, Ravi, and Zoey get their butts handed to them by Vacuutron, a monster based off a vacuum cleaner. That’s…embarrassing.