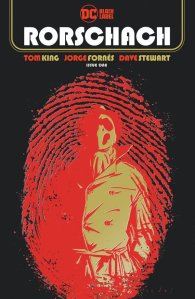 This is one of those first issues that doesn’t really try to hook you until the last page. As such, we spend most of Rorschach #1 setting up our characters and their world. Which, considering this book takes place 35 years after Watchmen, is hardly the worst idea in the world.

Thus far, Rorschach is every bit the noir exhibition we expected it to be, with Jorge Fornes turning in some excellent pencil work. I’m just hoping when it’s all said and done we get Vision Tom King on this book, and not “City of Bane” Tom King. 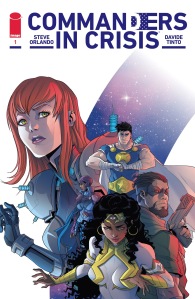 This book was obviously written with a Crisis on Infinite Earths type event comic in mind. As if we didn’t get the hint, Dan friggin’ Didio writes an introduction to Commanders in Crisis.

I’m still a little bit confused about how the CiC universe works from a comic book science perspective. But hopefully it’ll be easier to grasp on to as the story, about a bunch of multiverse survivors trying to save the last surviving Earth, continues to expand.

I’m on the fence on Commanders in Crisis, but there’s enough potential to bring me back for issue #2.

This issue, which wraps up the “Red Son Rising” arc, is much like this Batman: The Adventures Continue series at large. Which is to say, it doesn’t blow you away. But it’s still pretty much what you want it to be. We get our climactic sequence with Batman, Jason Todd, the Joker, and Robin. And as one might expect, it leaves the door open for more of Jason in the future.

I’m always happy to see a new B:TAC issue pop up. I’m hoping our adventures continue for at least the foreseeable future. 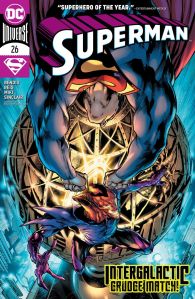 Reis, Miki, and Sinclair really nail a couple of iconic Superman shots here. Though I confess, I’m a sucker for that kinda stuff.

What I’m not necessarily a sucker for is a Superman vs. Alien of the Week story. That feels like what we’ve gotten these last two issues. As far as Bendis’ Superman run is concerned, we’re about to wrap up. If we end like this, it’ll be a disappointing end to an otherwise positive stretch of time with the character.

Still, Bendis’ handling of Clark Kent and his supporting cast is strong as always. 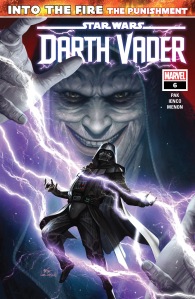 New story. Same trick. We’re once again using a location from the prequels. Though at least this time we’ve got an interesting story to tell. The Empreror tests Vader by breaking him and seemingly leaving him to die on Mustafar. Now Vader must crawl back from the abyss without the use of the Force…

Like the main Star Wars title, Darth Vader started off with something of an eye-rolling tale. But now both books seem to be upping the intrigue. Here’s hoping they both find success in that regard. 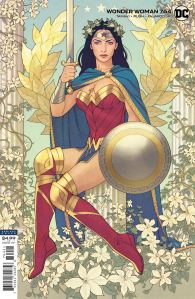 Tamaki makes Wondie and Maxwell Lord into a bantering good cop/bad cop duo here. I’m not sure how I feel about that, as Max is supposed to be one of her worst enemies…

And yet, I can appreciate what they bring to the table as a duo. The Wonder Woman character doesn’t necessarily lend itself to partnerships like this. So even with an unlikely partner, there’s an intrigue to it.