Happy to be back this week. Even though we don’t have much to cover. I’ve got to say, I’ve got a new appreciation for Comixology, and digital comics in general.

So I made a bet with somebody. Can you tell who that robot is in the title card for Batman: The Adventures Continue #2? I say the audience that’s reading this book will be able to tell… 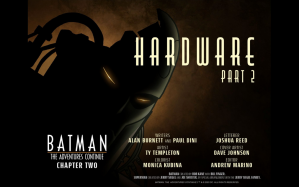 More of the same quality from last time. We get a guest appearance that, in hindsight, was super easy to see coming… See what I did there?

We also have Batman don the DC Animated Universe version of his Dark Knight Returns armor. Can’t say we really needed that. Here’s hoping they actually have good ideas for these “new” bits of DC lore they’re introducing (Jason Todd, Deathstroke, etc), and aren’t just doing this as a sales gimmick.

I trust Burnett and Dini. Really, I do. But you never know… 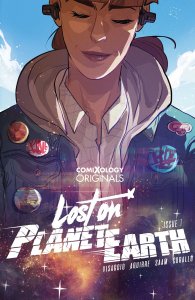 I downloaded this on a whim from Comixology. Claudia Aguirre’s artwork drew me in.

It looks like what we have here is a book about a girl who trained her whole life to be one thing. She decides she doesn’t want to be that anymore, and then goes off to discover new places, and perhaps a new purpose. That’s something a lot of people can relate to. I know I can.

This future setting (the 24th century) doesn’t do much for me, as it doesn’t seem suitably futuristic thus far. But I’m inclined to come back for more. 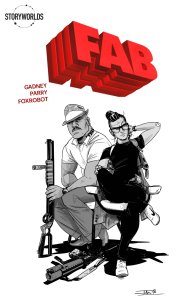 I can’t say I expected what I got from this one. But I can’t complain either.

FAB is more or less a ground-level gritty cop story set in a future where people can make anything with 3D printers. If you’ve ever wondered what a cult of religious terrorists might do that kind of tech, look no further than FAB.

Gadney and Parry work hard early on to establish a strong rapport between their two lead characters, which is something that will keep readers coming back. Dare I say, this one is an overachiever.