I couldn’t resist the chance to do a Raw write-up this week for old time’s sake. It’s the first show of the year, and the name of the game (supposedly) is shaking things up. Making Raw a fun, entertaining show again after its ratings fell to record lows during the holiday season. As the first show of the new year, this was an ideal opportunity for them to make good on that, and really give us something to remember.

Long story short, while I would consider what we got this week to be a good show, the Earth didn’t exactly move for me. We did, however, get two big returns and a touching tribute to an icon that we lost last week. So let’s take a look… 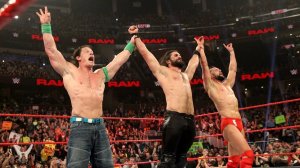 The show opens with a backstage pull-apart brawl between Seth Rollins and Bobby Lashley. John Cena returns to Raw, enters himself into the Royal Rumble Match, and then gets challenged by Drew McIntyre. A larger brawl then erupts, which turns into a Six-Man Tag. Cena, Rollins, and Finn Balor defeat McIntyre, Lashley, and Dean Ambrose. Good opener. Kick things off differently with an angle to grab their attention, then go right into Cena’s entrance to keep them. The segue into the six-man was kind of a groaner, as that’s been a staple of their lazy writing over the last decade or so. But the crowd was happy to see Cena, and the babyfaces got a nice win. So no harm done.

Hulk Hogan makes his first TV appearance for WWE in several years, paying tribute to Mean Gene Okerland. First and foremost, nothing but respect for the life and legacy of Mean Gene Okerland. His iconic voice was a huge part of many of our childhoods, and he’s forever linked with the global expansion that made the World Wrestling Federation into the juggernaut WWE is today.

WWE continues to be in an awkward position as they try to bring Hulk Hogan back into the fold. It feels fairly to say they used Okerland’s death as a chance to bring him back to TV in a relatively safe fashion. But that’s more or less what they did. They even got a bit of backlash for plugging his merchandise on Twitter.

But on the flip side, if you’re going to do a live tribute to Mean Gene, you almost have no choice but to bring in Hogan. When you think of Okerland, Hogan inevitably comes to mind. “Well let me tell you somethin’ Mean Gene,” and all that. 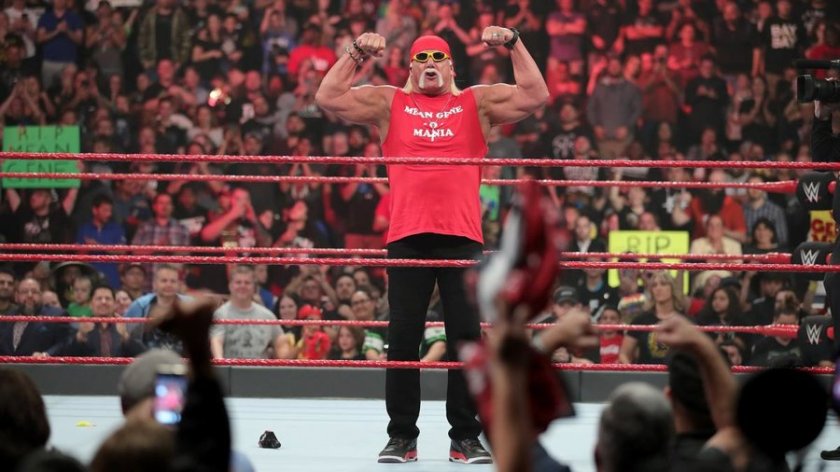 In the end, what they did ended up being really nice. The video package was great. And even though it seemed like much of the crowd didn’t know how to react to Hogan given the controversy, I didn’t hear any booing. So I’d say this went about as well as it could have gone.

When Hogan mentioned all those names from the golden age of WWE, it really hit home just how many of those guys left us too soon. Randy Savage. The Ultimate Warrior. Roddy Piper. Mr. Perfect. Andre the Giant. Gorilla Monsoon. Bobby Heenan. Now Mean Gene. Make no mistake about it, if you were a wrestling fan in the ’80s, those names are indelibly etched in your heart. Thank you for the memories, gentlemen.

Bobby Roode and Chad Gable def. The Revival in a Lumberjack Match to retain the Raw Tag Team Titles. I can appreciate that they didn’t just toss the tag titles on Dash and Dawson right away. Based on the screwy finish they’re going with, this is clearly going to be a drawn out thing. We may even get a Bobby Roode heel turn in the process. So I’m on board.

Baron Corbin def. Elias. Baron Corbin has…something. Yes, he has his critics. But he’s also extremely easy to dislike. So while WWE used him as the on-screen scapegoat for the crappy shows we’ve been getting, I’m pleased they haven’t tossed him by the wayside completely. The “constable” role was great for him. Now lets see if he can transition some of that into the ring. 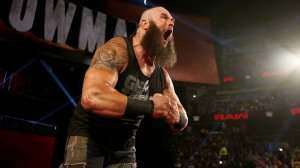 Brock Lesnar refuses to get in the ring with Braun Strowman. This was just brutal. The awkwardness was palpable almost from the get-go. It felt like Braun forgot his lines or something. What the heck happened?

This match was already tarnished going in, as we’ve already seen it several times, and Strowman has yet to pick up a win over Lesnar. But this segment just added insult to the whole thing by making him look like a moron.

I’m getting pretty nervous for Strowman here. If he doesn’t beat Brock at the Rumble, I’m not sure what you do with him. We’re venturing dangerously close to Ryback territory…

Apollo Crews and Ember Moon def. Jinder Mahal and Alicia Fox. Happy to see Ember Moon get a win. But while I’ve always loved Apollo Crews’ athleticism, until he either gets a mouthpiece or a personality, I’m not interested.

After Ronda Rousey appears announces she wants to prove herself against Sasha Banks, Banks defeats Nia Jax to earn a Raw Women’s Title Match at the Royal Rumble. That botched Powerbomb spot from the apron didn’t do Nia any favors. There was also a spot in this match where she dropped Sasha on the top rope. It looked like Sasha took a bad fall. But in all honesty, Sasha takes a lot of bad falls in these big matches. I can’t even tell which ones are accidents and which ones are on purposes. Either way, not the best showing for Nia.

I’ve talked a lot about my distaste for Sasha’s attitude. But I won’t deny I’m very curious to see what she and Ronda do at the Rumble. It could be a lot of fun. 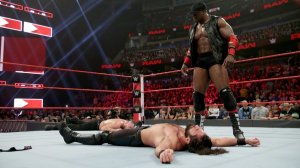 The finish to this match was plain as day the second they announced the match. Even before the Falls Count Anywhere stip came into play. They opened with Rollins and Lashley, and they closed with them. It was the right move. Lashley had some nice heel fire during the beatdown here too. They may have beaten that “Almighty” nickname into the ground. But don’t count heel Lashley out just yet.