Shawn Michaels, who has stayed in retirement for more than eight years since losing to the Undertaker at Wrestlemania XXVI, is getting back in the ring. And of all things, it’s for a tag match with Triple H against Undertaker and Kane in Saudi Arabia. If it wasn’t official before, it damn sure is now. Retirement matches are a joke.

Alright. I’m done. That’s all I’m going to say about the tarnishing of one of the great stories in Wrestlemania history. I’m going to try and look at the silver lining here. This announcement obviously opens the door for more Shawn Michaels matches.

Am I being presumptuous? Possibly. I don’t think we’ll be seeing Shawn on a week-to-week basis. Or even month-to-month basis. Nor should we. But if things go well at Crown Jewel, I think there’s a damn good possibility HBK starts working an Undertaker-like schedule. We’ll see him a few times a year for big shows, most notably Wrestlemania. And if Shawn still has even half the gifts he had when we last saw him wrestle, there’s no shortage of potential new age mat classics he can help create.

1. AJ Styles
It doesn’t get more obvious than this, does it?

Both these men are considered to be among the best, if not the best, of their generations. People have been comparing Styles to HBK since his TNA days. Naturally, that talk has only accelerated since he started his WWE run. The run he’s having with the WWE Championship right now isn’t unlike the one Shawn had in 1996. There was even some online buzz about Shawn coming out of retirement last year to wrestle AJ at the Royal Rumble.

Clearly, if you want to talk about dream matches for HBK, this one is as big as almost any other. The problem is that expectations will be sky high. We saw how that worked for AJ and Shinsuke Nakamura at Wrestlemania. Could the same fate befall Styles and Michaels? There’s only one way to find out, I suppose…

2. Daniel Bryan
The battle of the comeback stories. It’s tough to believe these two came back in the same year. What are the odds?

This is another pretty obvious one. Not just because Shawn had a hand in training Bryan, but because fans remember Bryan putting Shawn in the Yes Lock a few years ago (shown above). That’s certainly something they can reference, though they don’t need to. (Let’s be honest, they won’t.)

It would be interesting to see how Bryan’s style would match up with Shawn’s, as they were both often the babyfaces fighting from underneath. What happens when you put two of those guys in the ring together? Hopefully, something damn good. 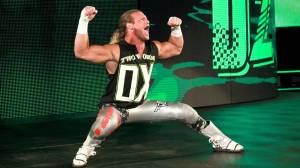 3. Dolph Ziggler
Let’s make one thing clear: Dolph has never needed to imitate Shawn Michaels. He’s got the kind of natural athleticism and charisma that most wrestlers would fall off Hell in a Cell to have. And yet, Ziggler has clearly made an effort to pay homage to HBK in various ways. His use of the super kick is an obvious example. But at different points he’s worn ring gear that’s obviously based off what Shawn worn in the ’90s.

There’s an interesting story to be told here about all the modern wrestlers that clearly want to be “the next Shawn Michaels.” Shawn has talked about how he never set out to be the “next” anyone. But he’s clearly one of the most imitated wrestlers of the last 15 to 20 years. That’s a good jumping off point for a story about how Ziggler, despite imitating Shawn, has never quite reached the same heights he did. They don’t just have to repeat the Chris Jericho story from Wrestlemania XIX. They can come at it from another angle. Perhaps an even better one. 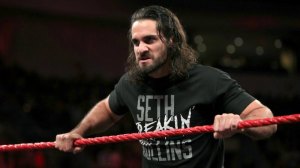 4. Seth Rollins
Rollins is another guy that falls into that “next Shawn Michaels” category. At face value, there’s not much of a story to tell here outside of the standard “generations collide” tale. But Shawn Michaels vs. Seth Rollins is a match that could address a pretty big elephant in the room: Why the newer, younger stars aren’t as over as the ’90s guys.

Mind you, they don’t have to phrase it that way. But there’s all this talk about “the era” that these guys are from. They’re talking about the Attitude Era, of course. So let’s dive into that. Have Shawn go on television and talk about how Seth can’t ever be like him, because Shawn was able to do things on TV that he could never do. In return, Seth can talk about how the current crop of guys are better conditioned, more athletic, and can do things the Attitude Era guys couldn’t.

The catch? Seth has to win. Regardless of how you feel about the Attitude Era vs. the current product, you just can’t bury the current crop of guys by having their representative lose in a story like that. 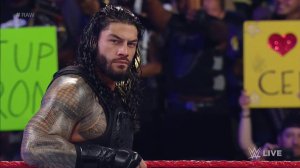 5. Roman Reigns
Yeah, I know. We’ve already had to watch Roman Reigns beat Triple H and the Undertaker in Wrestlemania main events. Now he has to beat Shawn too?

Not necessarily. But Roman has as much claim to a match with Shawn Michaels as anyone. He’s the top guy. Shawn used to be the top guy. That’s all the premise you need, really. And don’t think emotions wouldn’t be running high for this one. It would be every bit as volatile as when Reigns was out there with the Undertaker. For the most part, he wouldn’t be able to buy cheers.

Let’s not sell Roman’s in-ring abilities short either. He’s proven he can go out and have that epic, awesome match when the they need him to. Who the hell are we to say he couldn’t do it with, of all people, Shawn Michaels? 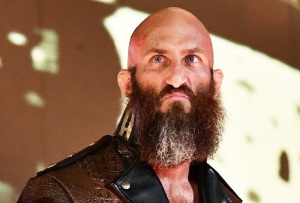 6. Tommaso Ciampa
Sam Roberts has pitched this match several times on his podcast. I like it a lot. From a story perspective, this could wind up being the best match out of all these.

What do you notice about the other names on this list? Most of them are babyfaces. AJ Styles. Daniel Bryan. Seth Rollins. Roman Reigns (in theory, at least). While they could all be fantastic in the ring with Shawn, there’s nothing quite like a classic good vs. evil program. And if Tommaso Ciampa has proven anything in the last year, it’s that heroes and villains still have a place in wrestling.

These days, Shawn coaches young talent at the Performance Center in Orlando. So I can only assume he’s more than familiar with the NXT roster. Imagine Shawn Michaels coming out during an NXT show, perhaps to help an injured talent, only to come face to face with Ciampa, and in the process become his next target. Like Johnny Gargano, HBK would make the perfect babyface to feud with the black-hearted Ciampa.

Is there a place for Shawn Michaels in an NXT ring? If, and only if, the story is right, my answer is an emphatic yes.

One thought on “Shawn Michaels’ Return: 6 Dream Matches for HBK”