The TMNT are back in this second edition of “Toy Chest Theater.” I didn’t necessarily want to do a double dose of Turtle Power. But after seeing this beauty from Jax Navarro at Plastic Action, how could I resist? 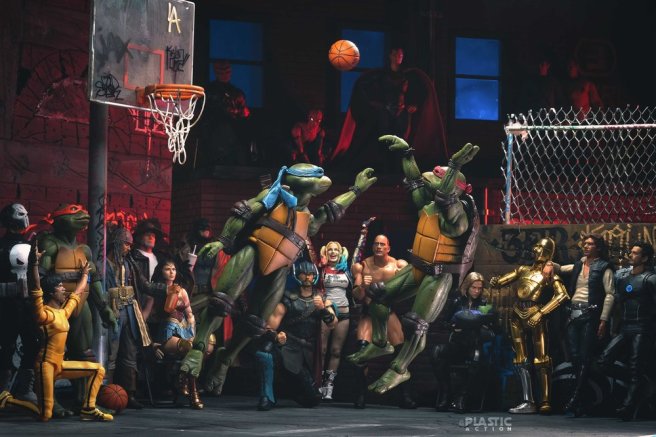 I’m a sucker for Teenage Mutant Ninja Turtles: The Movie. Almost 30 years later, it’s still my favorite take on the concept. So any toy photographer that can find something creative to do with those NECA figures gets points with me automatically. 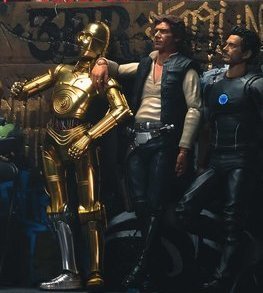 What’s more, the way some of the background figures are posed is not only very natural, but very in-character. The best example? Han Solo leaning against the wall with his forearm on C-3PO’s shoulder. Even the way Threepio’s body is leaned looks perfect. Harley looks great too. The combination of her behind Thor is odd, but somehow pleasing.

Also, the detail on the background is incredible. It actually looks like a real place. There’s something about that red lighting. It actually serves as a camouflage of sorts for Spider-Man, Red Skull, Superman, and the other characters Navarro has up on that ledge. I actually missed most of them at first look.