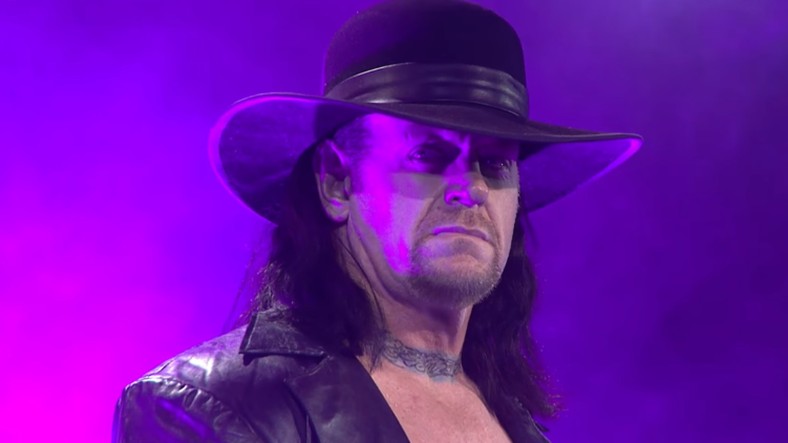 Like it or not, the Undertaker’s wrestling career is not over. I was sore about that for awhile, given how emotional everything was at Wrestlemania 33. But what’s done is done.

From a wrestling standpoint, we’ve actually seen more of ‘Taker this year than we have in some years past. He worked John Cena at Wrestlemania, Rusev at the Greatest Royal Rumble, and was part of a six-man tag at a house show at Madison Square Garden. We’ll see him at least once more in October when he wrestles Triple H at WWE’s “largest live event ever” in Australia. There’s also been some buzz about him wrestling at Summerslam…

But who do you put in the ring with an icon who has virtually nothing left to prove?

The answer is: Whoever can tell the best story with him. Not to mention who can have the bring out the best in him between the ropes.

There are some obvious names that come to mind. Some are a little more obscure than others. Either way, I’ve got five. Ring the bell, ya’ll…

This, of course, is the most obvious one. After the Dean Man surprised Cena in April, these two have unfinished business. Business which may be on the table as soon as Summerslam. If not, then next year’s Wrestlemania. John Cena vs. The Undertaker isn’t exactly a match you can do at Backlash.

Cena has an easy in for a rematch. Let’s be honest: Undertaker surprised him after being silent for weeks. Cena called ‘Taker a coward before Wrestlemania, and in theory, he can still go out there and say that’s true. “Prove you’re not a coward, Undertaker. Fight me on an even playing field.” Give us the build-up we all thought we’d get for Wrestlemania this year.

When you read as many comic books as I do, you tend to hear the saying, “A hero is only as good as the villain he fights.” In other words, a better bad guy means a better good guy. And you won’t find a better bad guy in WWE these days (on main roster at least…) than the Miz. He’s as deserving as anyone of a match against the Undertaker.

When Miz actually has something of substance to talk about, he cuts a great scathing bad guy promo. That’s why I see him running Undertaker down for being “old,” “irrelevant,” and “a relic from the ’90s.” I can’t imagine the match would be much to write home about. But it would make for a feel-good moment for ‘Taker, and a hell of a career moment for the Miz.

The other really obvious name. Undertaker and Roman Reigns have unfinished business.

At Wrestlemania 33, fans still had a bad taste in our mouths from Brock Lesnar breaking the Dean Man’s fabled undefeated streak. So seeing ‘Taker lose at Wrestlemania again was the last thing they wanted to see. Much less to Roman Reigns. It was yet another attempt to pass the torch to Roman, and give him his big crowning moment as the company’s top guy. The next night on Raw, he got one of the loudest negative reactions in company history.

You know what would get an equally strong positive reaction? Having ‘Taker pin Roman after a Tombstone. And at some point, having him tell “the Big Dog” that this will always be his yard.

When he came back to Raw, Dolph Ziggler talked a lot about how the locker room had become lazy and complacent. In his mind, who could be more lazy and complacent than the Undertaker? A 53-year-old man who wrestles sporadically, while still cashing major paychecks? And did we mention he gets treated like a god? Meanwhile, Ziggler works his ass off on a full-time schedule and gets a fraction of the respect ‘Taker does. For that character, that’s more than enough motivation to spark a conflict.

Why Dolph and not his run-in buddy, Drew McIntyre? No disrespect to Drew, who had to fight and claw his way back to WWE stardom. But I see Ziggler getting the better match out of Undertaker, bumping around and what not. And like the Miz, Ziggler cuts a hell of a scathing promo. This one is a long shot, but it’d be worth it.

The Phenom vs. The Phenomenal One. I’ve been calling for this one since Wrestlemania 32. I was pitching for AJ to come out, say he came to WWE to face the very best, and then challenge the Undertaker. He can do the exact same thing now. Only he can do it more credibly, given all he’s done in the company.

To be clear, I’m not advocating for Undertaker to win the WWE Championship again. But this match doesn’t need the title anyway. This match has all the natural intrigue in the world. And is there any doubt that if anyone in the entire industry is capable of getting one more great match out of the Undertaker, it’s AJ Styles? I sure as hell don’t.