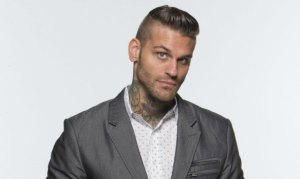 In the wake of JBL announcing his departure from the Smackdown Live announce team, WWE has quickly chosen a replacement for him. And it’s none other than Corey Graves. Indeed, Graves will now serve as a color analyst on both Raw and Smackdown. Nigel McGuinness will take his place on Main Event and 205 Live.

I’ve come to love the work Graves does. In a relatively short amount of time, he’s become the most credible announcer WWE has at their disposal. Fans may not know just how valuable he is until the day we have to live without him. That being said, having Graves on both Raw and Smackdown is not a good idea.

Setting aside the “too much of a good thing” lesson we’ve learned from all these years of three-hour Raw broadcasts, having Graves on both shows dilutes the integrity of the roster split. In theory, Raw and Smackdown are supposed to be two separate brands. It’s not simply a matter of different wrestlers and championships. The shows are supposed to have different looks and feels to them. The announcers are a critical component in that respect, as they literally give the shows their respective voices. Having Graves call both Raw and Smackdown blurs that line of distinction. What’s worse, it opens the door for the further blurring of that line. We’ve already got Corey Graves on both shows, and John Cena has been a “free agent.” Since they’ve gone this far, who’s to say certain wrestlers can’t show up on both shows?

It’s this kind of thing that led to the discontinuation of the original roster split. The integrity had been eroded to the point that there was no point in continuing the charade any longer. It got so bad toward the end that our two Heavyweight Champions wrestling in throwaway matches in the middle of Raw. 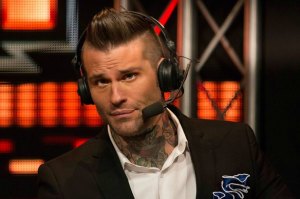 Graves is an amazing announcer. But there are plenty of other qualified people WWE can call on to fill JBL’s seat. We just had Jerry Lawler back on last week’s Raw. Give him a buzz. Have Lita or Renee Young tag in to bring a female perspective to things. Mick Foley was an announcer on Smackdown several years ago. Could they talk him into coming back? Hell, what about Daniel Bryan? He was awesome on the Cruiserweight Classic. Yes, he’s an on-screen authority figure. But that’s a dynamic we’ve rarely if ever seen. Why not try it?

I’m hopeful this winds up being a band-aid until WWE can find a new permanent announcer. On the plus side, this is obviously a hell of an endorsement for Graves. A well-deserved endorsement at that, and one that seems to indicate WWE knows just how good he is. But let’s not ruin him by oversaturating the airwaves with his voice.

John Cena def. Jason Jordan. Roman Reigns come out, and another verbal sparring session occurs. Really strong opener with a nice story. Very wise of them to incorporate that old Smackdown footage of Cena and Kurt Angle. Cena’s facials were strong early on. He looked caught off guard by Jordan’s amateur style.

This was the finish I expected. But Jordan got what he needed. It was his first really strong performance as a single, and perhaps the first time he really lived up to the new role WWE has cast him in. 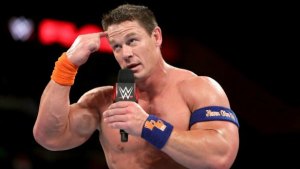 The word coming out of last week’s segment with Cena and Reigns was that most of it was indeed scripted. Reigns did forget his lines at one point, which prompted Cena’s “It’s called a promo” jab. They played off that a little bit here. But this was clearly designed to have Roman get one up on Cena, just as Cena got one up on him last week. Reigns called Cena out for a fight, and “Big Match John” stepped back. Advantage Reigns.

Both these guys said “I don’t respect you.” Expect that to be a focal point moving forward. WWE has been big on “respect” storylines for a long time.

The Miz def. Jeff Hardy to retain the Intercontinental Championship. Really good match, with Miz getting a (mostly) clean win. I wasn’t expecting them to change the title, but Miz and Jeff planted that seed of doubt in my mind. That’s how you know you’re seeing two greats. When just for a few minutes, they make you feel like a kid again. When they make you believe.

Enzo Amore, Cedric Alexander, and Gran Metallic def. Noam Dar, Tony Nese, and Drew Gulak. Enzo’s promo went too long for me. But the crowd was with him, so I can’t call it a flop.

They need to find something more substantial for Tony Nese to do. I’ve been saying it for months, this guy’s got something.

Bray Wyatt challenges Finn Balor to face him without using his Demon persona. This booking defies traditional logic. Usually they’d start with Bray against Finn, and then move to Bray against the Demon. It reminds me of John Cena facing Randy Orton in a straight up singles match at the Royal Rumble several years ago, after we’d already seen them in virtually every other match under the sun.

Still, this was one of Bray’s stronger promos in recent memory. It probably helps that it’s been a few weeks since we’ve heard him ramble and laugh nonsensically.

Nia Jax and Emma def. Alexa Bliss and Sasha Banks. The Raw Women’s Championship Match at No Mercy will now be a Fatal Four-Way between these women. I’m hoping we’re headed for an Alexa Bliss/Sasha Banks double turn. As talented as she is, and as hard as she works, Sasha seems to become more and more of a brat as the weeks ago by. I’m sure much of that is my own evolving perception of her. Though a lot of fans are angry at Sasha right now for calling out fans who stalk her in airports. I won’t fault her for that. Boundaries, people. Boundaries.

Braun Strowman def. The Big Show in a Steel Cage Match. There was a lot of talk here about Big Show being in the business for 23 years. I’ve been watching this guy for about 20 of those years. So believe me when I tell you: This was the best he’s ever been. Remember, he’s 45 years old. 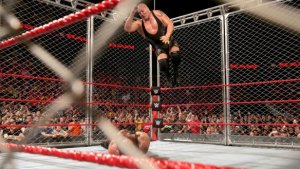 Let’s start with that pre-match promo. Epic. Positively epic. He had fire. He was articulate, He was passionate. You got riled up because he was riled up. Show has been a good promo for most of his career. But this might have been his best.

Then you’ve got the bumps he took for Strowman. He dusted off the top rope elbow (shown above), which wound up being the highlight of the match. Then he took yet another Superplex from the top. And after the finish, they did the spot where Strowman slammed him through the cage wall. That last one came off a little choreographed. But who cares? Remember, this man is seven feet tall  and weighs over 300 pounds. Any time he takes a bump like that it’s a huge deal. But three in one match? Unbelievable.

You’ve also got to take your hat off to WWE for making this feel like an epic main event. They did a tremendous job playing up the Superplex spot from April, particularly when they interviewed the referee who took that great bump. This really came off like a Godzilla vs. King Kong level confrontation between monsters. And you know it’ll be that much bigger when they inevitably face off again.

Awesome. There’s no other way to put it. Simply awesome. A career night for this 20-plus year veteran.

One thought on “Big Show’s Big Night, Plus Ponderings From WWE Raw”