I have one simple request heading into this show: That the booking doesn’t prompt the fans to hijack the Royal Rumble Match again. Seriously, after two straight years, a third would just be piling on…

Damien Sandow! Damien Sandow! Good God, almighty! It’s Damien Sandow! Yeesh, if you ever needed an indicator that a match has been thrown together to take up space, that’s it. They put Damien Sandow in it. WWE’s most criminally underutilized wrestler not named Cesaro.

I don’t see any reason why the Dudleys shouldn’t win this one. Bubba obviously had a great showing in the Rumble Match last year. And if the rumors are true, and they are looking to give Bubba a singles run, seeing one of the Dudleys eliminate the other would be a great starting point. Either way, the Dudleys have the star power, and they belong in the Rumble.

I like the Usos. They’re a fantastic team, they’re believable, they’re a great asset to the roster… But I’m sick of seeing them in the title picture. If The New Day were babyfaces and Jimmy and Jey were heels, it might be a different story. But as far as I’m concerned, The Usos have no business beating The New Day right now.

But my question is, who challenges The New Day once they beat the Usos? The Prime Time Players have apparently broken up. Sin Cara is injured, so it won’t be The Lucha Dragons. It’s too soon for the Dudleys to challenge again. I say it’s time to go to NXT. Enzo Amore and Colin Cassaday seem ready for prime time. And their personalities would clash well with The New Day. Let’s make it happen!

I mean, not really. These guys have plenty of experience working together, and have consistently given us really good matches. I’m sure we’ll get more of the same here. But the title is on the wrong person. After Kalisto won the belt from Del Rio, the was no need for them to switch the title back so quickly. As in, the very next night at the Smackdown tapings. If they wanted to switch the belt back to Del Rio, this would have been the time to do it. Instead, they made Kalisto’s win look like a fluke.

Mind you, they could surprise us and put the belt back on Kalisto. That would be the exciting, compelling thing to do. But as this is WWE booking, I don’t see it happening. Del Rio walks away with the title. 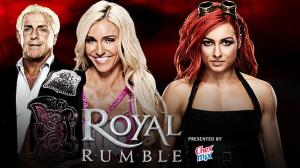 This program has been a huge turning point for Becky Lynch. She’s been one of the highlights of Raw for the last two weeks, largely because of her mic work. She’s made herself stand out from the other ladies on the roster, which she desperately needed to do.

That being said, she’s not walking out of the Rumble with the title. Charlotte is walking into Wrestlemania as champion. Ric Flair will undoubtedly play a role in the finish. The only question is, is she wrestling Sasha Banks, or Sasha and Becky in a triple threat match? If I’m booking this? It’s Charlotte and Becky again at Fastlane, and then a triple threat at Wrestlemania. But the good thing about those three ladies is that no matter how you arrange them, chances are they’re going to give you quality wrestling. 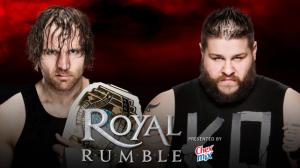 I’m really hoping Kevin Owens gets the IC Title back at some point. But the balance of babyface wins vs. heel wins is pretty lopsided at this point. So I’m guessing Ambrose wins this one. Oddly enough, this is exactly what happened at TLC. That’s certainly not to say he isn’t deserving. But he almost won by attrition.

I’m holding out hope that Sami Zayn somehow ends up in the mix with Owens before Wrestlemania. Even if it’s not for the Intercontinental Title, those two had an amazing rivalry going on NXT, and it would be a great story to continue at Wrestlemania.

It’s no accident Roman Reigns is the only one in that graphic. Reigns is the centerpiece of WWE right now, and he’s the centerpiece of this match. The big story revolves around him holding on, outlasting all the other wrestlers, and looking strong. And the more star power they can jam into this match, the better he looks if he wins. Especially starting from number 1. That’s why I was hoping The Undertaker would pop up here. Aside from the obvious epic feel he would add to the match, we’ve never seen Reigns toe-to-toe with the Dead Man. There’s potential for a great moment there.

On the subject of greatness, Brock Lesnar is in the Rumble for the first time in over a decade. I don’t see him winning. But I do see him mixing it up with The Wyatt Family, in a fight that culminates in all parties being eliminated. But Brock will go on a violent suplex-spree, make no mistake about it. 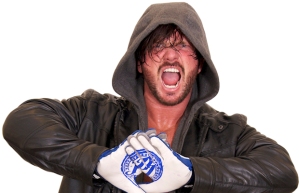 And then there’s AJ Styles. WWE has gone out of its way to tell us that Styles is on his way. At this point, it’d be a big let-down if he wasn’t in the Rumble Match. Will he win? Probably not. But if he walks out there, it’ll be a magic moment for sure.

I’m of the opinion that one person from NXT should always be in the Rumble Match. Rusev showed up a few years ago and had a decent outing. I’m hoping they do something similar this year. I’m not sure I’d put Finn Balor in the Rumble, because I think he needs a nice build-up before he debuts. But how about Samoa Joe? How about Sami Zayn? Hell, even Apollo Crews. Let’s up the epic!

In the end, I’d be surprised if Roman didn’t win. But the key is how they have him win. Roman Reigns is not Brock Lesnar. They can’t have him destroy everybody. At the end of this match, he needs to be completely spent, having just barely gotten by on the skin of his teeth. Jim Ross actually pitched an interesting scenario on his website in which Reigns gets through the Rumble, only to be presented with a 31st entry…Triple H. Hunter and Roman have to face off eventually. I just hope it’s not in the main event of Wrestlemania. Do it at Fastlane, and let Roman face Brock at ‘Mania.